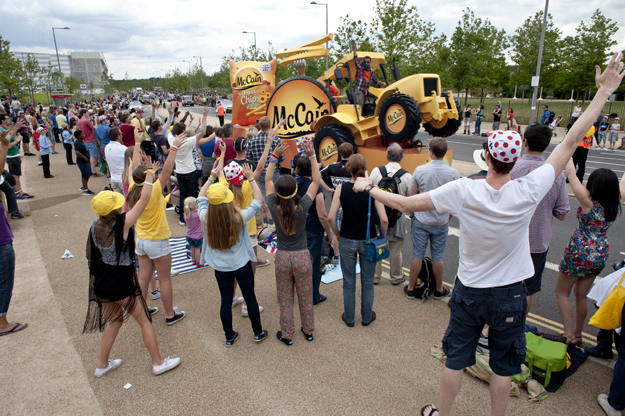 Fans, appealing for freebies, hailing the McCain Oven Chips publicity vehicle. This is part of the promotional cavalcade which precedes the passage of the Tour de France peloton through the Olympic Park. July 2014

“In the spectacle’s  basic practice of incorporating into itself all the fluid aspects of human activity so as to possess them in congealed form, and of inverting living values into purely abstract values, we recognise our old enemy the commodity, which seems at first glance so trivial and obvious, yet which is actually so complex and full of metaphysical subtleties.”
Guy Debord, Thesis 35, Society of the Spectacle. 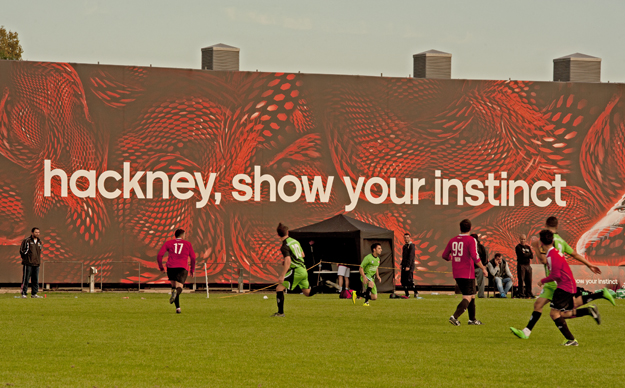 “…enquiry should focus on the contrast between the surface vigour of many of the projects for regeneration of flagging urban economies and the underlying trends in the urban condition. It should recognize that behind the mask of many successful projects there lie some serious social and economic problems and that in many cities these are taking geographical shape in the form of a dual city of inner city regeneration and a surrounding sea of increasing impoverishment. A critical perspective should also focus on some of the dangerous macroeconomic consequences, many of which seem inescapable given the coercion exercised through inter-urban competition. The latter include regressive impacts on the distribution of income, volatility within the urban network and the ephemerality of the benefits which many projects bring. Concentration on spectacle and image rather than on the substance of economic and social problems can also prove deleterious in the long-run, even though political benefits can all too easily be had.”

From; p16 in: Managerialism to Entrepreneurialism (PDF): The Transformation in Urban Governance in Late Capitalism, David Harvey

Statue of Vitality. Half Marathon, Hackney Marsh June 2014. ” We were the first insurer in the UK to put healthy living at the core of our products with our Vitality programme. With Vitality, we make it cheaper and easier to get healthy through discounts and motivating rewards.” Vitality

“The active production of places with special qualities becomes an important stake in spatial competition between localities, cities, regions and nations. Corporatist forms of government can flourish in such spaces, and themselves take on entrepreneurial roles in the production of favourable business climates and other special qualities. And it is in this context that we can better situate the striving… for cities to forge a distinctive image and to create an atmosphere of place and tradition that will act as a lure to both capital and people ‘of the right sort’..”. David Harvey, The Condition of Postmodernity, p294 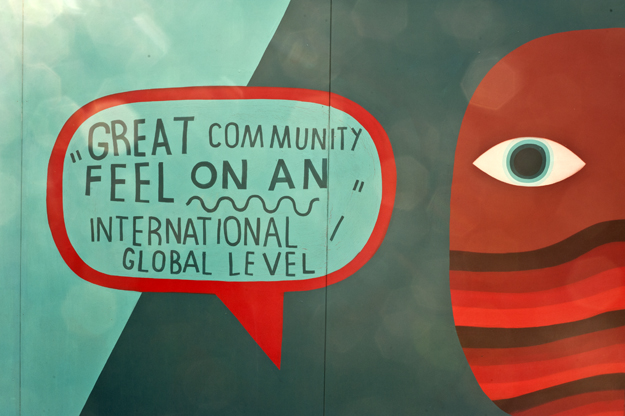 Chobham Manor is a Potemkin Village in the making. An exceptional high quality ‘aspirational’ model surrounded by a vast area of some of the poorest, most overcrowded households in the country.

“The general implication is that through the experience of everything from food, to culinary habits, music, television, entertainment, and cinema, it is now possible to experience the world’s geography as a simulacrum. The interweaving of simulacra in daily life brings together different worlds (of commodities) in the same space and time. But it does so in such a way as to conceal almost perfectly any trace of origin, of the labour processes that produced them, or of the social relations implicated in their production.” David Harvey [referencing Baudrillard], The Condition of Postmodernity, p300.