I am taking pictures of moments in my local landscape and during events to which I could gain free access. Events where the public were enjoying free access to places of leisure or to public meetings where proposed changes were being discussed. 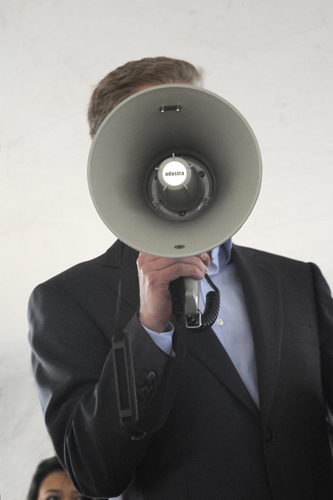 Paul Deighton, CEO of the London Organising Committee of the Olympic Games, addressing school children. May 2011

The realpolitik discussions, the planning process and actual construction have all taken place behind barriers which in the main exclude the public. Where the political and professional elites driving this process wish to communicate their ‘vision’ they are careful to employ their chosen publicity personnel within their own organisations or talk to sympathetic correspondents in the press. 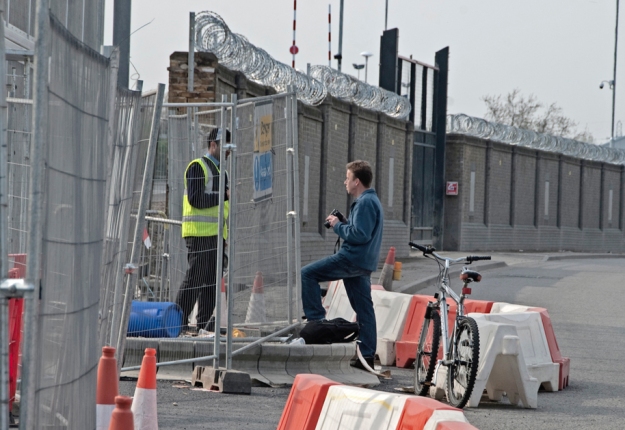 An ex-Ghurka security guard, sub-contracted by G4S, warns a passing photographer to stop taking pictures of the Olympic site or he will call the Police. Apr 2009

In August 2009 I was detained by a security guard outside an entrance to the Olympic construction site because I was taking photographs. The police then insisted on looking through the photos on my digital camera under section 44 of the Terrorism Act 2000. Their stop and search form stated the reason for their stop was because I was; “Believed to be conducting hostile reconnaissance.” In January 2010 the European Court of Human Rights ruled that this section “lacked adequate legal safeguards against abuse” and it was declared illegal. There were many complaints by photographers about being apprehended by Olympic Security guards while taking photos of the site from public land. The Metropolitan Police issued clear advice that; “Members of the public and the media do not need a permit to film or photograph in public places and police have no power to stop them.” However it was clear that Olympic security guards consistently continued to prevent photographers from taking such pictures. 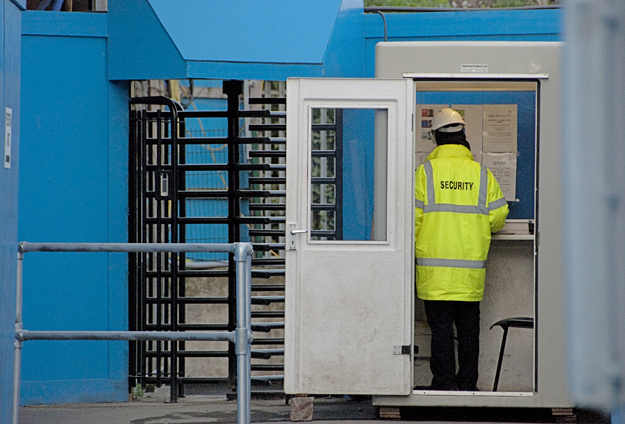 “Nothing remains of the relatively independent judgment of those who once made up the world of learning; of those, for example, who used to base their self-respect on their ability to verify, to come close to an impartial history of facts, or at least to believe that such a history deserved to be known. There is no longer even any incontestable bibliographical truth, and the computerized catalogues of national libraries are well-equipped to remove any residual traces. It is disorienting to consider what it meant to be a judge, a doctor or a historian not so long ago, and to recall the obligations and imperatives they often accepted, within the limits of their competence: men resemble their times more than their fathers.

When the spectacle stops talking about something for three days, it is as if it did not exist. For it has then gone on to talk about something else, and it is that which henceforth, in short, exists. The practical consequences, as we see, are enormous.

We believe we know that in Greece, history and democracy entered the world at the same time. We can prove that their disappearances have also been simultaneous.

To this list of the triumphs of power we should, however, add one result which has proved negative: once the running of a state involves a permanent and massive shortage of historical knowledge, that state can no longer be led strategically”
Guy Debord, VII, Comments on the Society of the Spectacle, 1988